Black hair, goes over his shoulders, usually tied back to a loose ponytail or braid. Light grey eyes and three decently sized scars running across his right cheek running over his vallaslin, which is that of June’s. Revas was born in Brecilian Forest, to a woman called Ashanna in the Tillahnnen Clan. She unfortunately died soon after Revas was born, and nobody knew who his father was so the boy was taken in by Ariana and Zatrien who had a boy of similar age.

Revas grew up with a curious mind and an interest in the world outside of the forest. He was also a shy, quiet child and if not out wandering with Camren, he would usually be found listening to the older clan member’s stories.

He was pretty happy change happened when he and Camren decided they were strong enough to hunt down a bear by themselves and it ending in Revas receiving scars across his cheek and Camren nearly getting killed before a couple of hunters found them. They both came out alive, but Camren’s left arm was so severly damaged it had to be amputated.
It didn’t really help keep Revas in Zatrien’s good books who already didn’t much care for the boy. Zatrien blamed Revas for being a bad influence on his son, for nearly getting him killed and for ruining Camren’s future as a hunter for the clan.
Needless to say their relationship was strained since.

After all that, Revas didn’t really feel too welcome or like he belonged. Even though Ariana and Camren still cared for him, he didn’t deal well with Zatrien’s anger or the guilt he felt for Camren. Revas became more withdrawn and began to seriously consider leaving.
It wasn’t all because of what happened, he always wanted to travel, but it made the decision easier.
Revas said only quick goodbyes to Camren, Ariana and the Keeper before heading off. 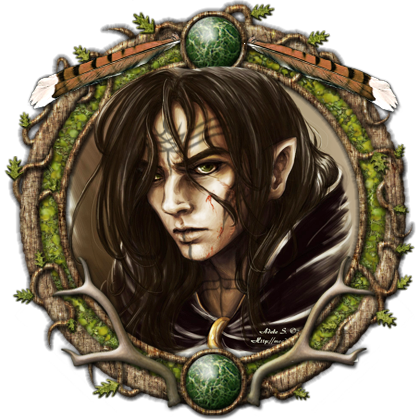