Borin Runeforge was born to the Dwarven noble house known as the Runeforge Clan. Long black war braided hair runs down his back, his massive bushy bread is covered in rune symbols. His broad body covered from head to toe in full plate Dwarven, a helm crafted from Wyvern horns found on a previous adventure sits atop his head, the faint glow of runes shine from his armour and his trusty axe always by his side.

The Runeforge Clan is known for making some of the best armour and weapons in Orzammar, their ability in imbue runes into their works means the Runeforge Clan are very seldom out of work. Making weapons of war for their Dwarven allies, travelling nobles provided they have the coin or just working on projects for themselves.

Borin was raised as all of the clans noble child were; writing and language classes, history, rune crafting, smiting and battle training. He worked hard throughout his training embodying the steadfastness, pride, meticulousness and iron-will of a Dwarf. That being said Borin very rarely passes up an opportunity to drink even if there might be work to do.

Borin lives by one rule: “There is no better experience than experience”. Before retiring to his forge in Orzammar someday, where he will craft some of the best weapons of war in all of Thedas continuing the long and proud traditions of the Runeforge Clan, Borin set out to find any and all new smithing and enchantment techniques that could give his work an edge over other Dwarven clans. As all Dwarfs Borin is loyal to his clan no matter what and will stop at nothing to find new and powerful techniques which he will one day teach to the younger generations of the Runeforge Clan to further greater the proud name of Runeforge. 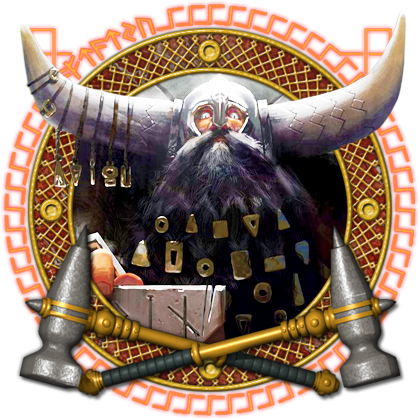