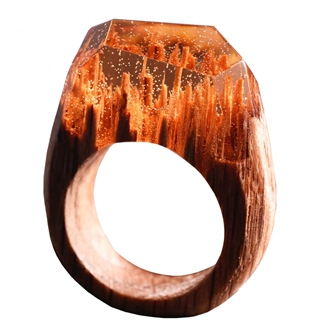 Amidst the usual chaos and fun in the Wanderer, the group collects themselves after leaving the bath. The group walks off to the tailor shop named “The Scissor Sisters,” Sargis intent on getting fancier clothes for the dinner with Bann Baranti. It takes some convincing to get Valeria to go along with this plan, especially considering she’d be without weapons or armor, but eventually the group makes their way inside.

The shop is filled with bolts of fabric in various colors, some stands and figures so as to display a few already made pieces, but the three women standing in the shop has the group’s attention. Standing at various heights, the three women that work in the shop quickly take up the task as Sargis requests fancy outfits fit for a meeting with the Bann, being sure to mention that it’d be paid for by the Bann.

The three introduce themselves as Taara, Kenzie, and Saria, and offer their hands for a hand shake. And with her usual flair, Senna brushes past with Alais quickly in tow. It seems that Valeria isn’t the only one not happy with the situation. The warrior, eyeing the three women grumpily speaks only in Alamarri, refusing to make it easy to get a dress on her.

They don’t seem bothered by the rude greetings from the three women, and quickly get to work. Despite Valeria’s attempts to stand stubbornly and not be measured, one of them threatens to use force if she has to and Valeria relents and stands there while glaring at Sargis for his large amount of enthusiasm for this fancy dress business.

With the measurements taken the group leaves the shop and Valeria and Drynne wander off a bit. It will take some time for the clothes to be finished and delivered, leaving plenty of time for some shopping and fun before the carriage ride to the dinner. The pair wander off to another armorsmith, since the one the group normally went to had been visited by Valeria the night before.

Stepping into the doorway of Banduran’s Crafts, the familiar sight of well crafted weapons and pieces of metal puts Valeria more at ease. Armed with weapons and attempts at charm, Valeria steps inside confidently with Drynne in tow. He too seems to enjoy the many weapons and display cases inside the shop, but the arrival of a young girl who was maybe around four years old immediately gets the pair’s attention.

She asks what the two of them are there for, asking what they needed within the shop before a woman, the smith it seems, shows up with a cautious look at the tall blonde warrior armed to the teeth. Introducing herself as Dora Banduran, and the girl as Cole Banduran, her daughter. Hearing this, Valeria brightens considerably, especially as Drynne and Cole seem to be getting along with one another as Valeria shops and gets a new glaive after a conversation about which one might suit her better. Valeria and Dora launch into conversation while passing the time, taking time to learn that the two of them seem to be single parents trying to do their best for the kids they’re looking after. Eventually though, it is time to head back to the others, making sure Drynne gets back to the Wanderer safe and sound. Little does Valeria know that Drynne has a few stolen items hidden on his person. As the two exit the shop, trouble is in the air while wandering the streets of Jader.

Arriving at the Wanderer, Drynne disappears into the inn while the group starts drinking and talking about having to go to the dinner soon enough. While some of the members of the group seem to be going along with this, Valeria still complains and curses in Avvar at being forced into a dress with no armor or weapon to aid her if things go south quickly. She glares into her mug, Sargis attempting to cheer her up when a strange brown cat appears, the tuft of blonde hair on top catching her eye as it trots over to her side.

It brushes up against her while meowing and looking up at her, and with a sense of familiarity with a cat she’s never seen before, Valeria gets off her stool and picks up the cat. Inspecting it, she spots a ring amongst the fur and with a deft hand she manages to remove it. Appearing where the cat once was, Drynne shows up without any clothes in the middle of the tavern. He seems quite excited about the ring, and Valeria eyes it warily before handing it back to him. Hopefully he wouldn’t abuse this new power, though Valeria isn’t quite sure how it works.

Soon enough the carriage arrives, and looking off towards the city, Valeria and the group prepare to head off. Leaving the comforts of the Wanderer and the mischief of Drynne behind, they ride off in the carriage with the freshly arrived outfits that they all don for the important meeting and dinner that might help the group finally get their foot in the door for future business and ways of making money. Wandering away from what little they knew and stepping into the conversation laden battlefield of fine dining. After giving an Alley Cat a ring, ditching their weapons and armor, and leaving a tangled mess of conversations and relationships in the Wanderer…what could possibly go wrong?

Episode #23 Dinner For One (Heartbreaker Gang)

Episode #21 Pee In The Pool