The Heartbreaker Gang are a band of adventurers headquartered in Raven’s Roost, which is owned by one of their members, Ser Valeria. The other members are Rhea, Sargis, Revas, and Borin. The group originally came together in Jader, working for the local Bann for a time before the city fell to darkspawn. They fled to Caer Darrow, where Rhea joined, and were gifted their current lands and titles from the Arl.

Some of their most notable deeds include slaying a black blaze dragon in Wutherford, repelling an enemy army from their own gates, defending against the darkspawn at Caer Bronach, and slaying a darkspawn broodmother in her own lair.

Revas’ clan is currently in the Brecilian, and his lovers Ardis and Oleo used to reside with him in Raven’s Glen. Recently, Ardis has left in the middle of the night after having been turned into a draak by one of the Heartbreaker Gang’s enemies.

Sargis is a member of the Order of Guardians, a known protector of the weak. Those who don’t call him Shieldbearer call him Sargis of the Golden Arm, owing to his outlandish but highly entertaining tales and the literal golden arm of his armour.

Borin is entangled with dwarven history, politics, and the recently orphaned priestess Velenna. He has left Raven’s Glen some time ago to train his animal companion Misha, but is expected to come back.

Finally, Rhea has recently married and had a child with Bann Nicola’s former Captain and a fallen member of Clayne nobility: Braedon. Sadly Braedon was killed in an attack on Raven’s Glen, and Rhea is now a widow.

The group’s immediate plans include attending the Landsmeet. They’ve arrived in Redcliffe and are looking forward to taking part in the arena and establishing themselves along the nobility. Longer-term plans involve dealing with the remaining Magisters Sidereal, and fighting their adversaries in the Liberatori. 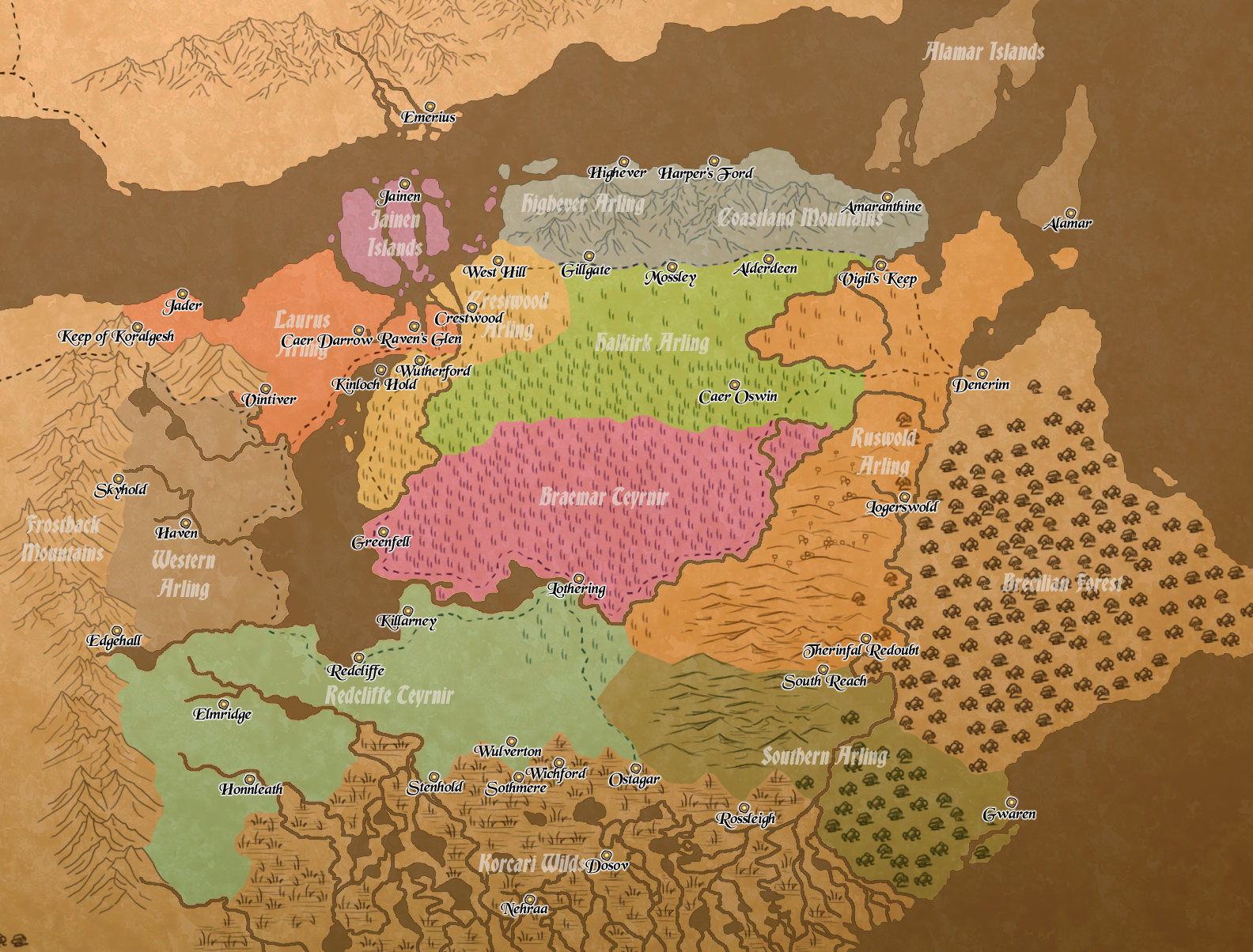 Congratulations on being runner up in the CotYear 2019 competition It was always going to be either this one or Conan Lybarian’s “Cold Truce”. I have thoroughly enjoyed both campaigns.

This looks so good!

I like your banners for the deities. Overall layout of the site is pretty neat too. I like the circular images for the characters and I love the fact that you use the Items tab in the wiki. So many GMs neglect to use that aspect, since OP made it optional. The dragon concept is really cool and I like the map on the front page, but look forward to seeing some more interactive maps as the campaign progresses.
Well done for winning CotM for April 2019. Congratulations to you and all your team!